Before an independent Scotland can join the European Union, the Scottish government must begin the process outlined below:

The accession criteria, or Copenhagen criteria (after the European Council in Copenhagen in 1993 which defined them), are the essential conditions all candidate countries must satisfy to become an EU member state.

The Union’s capacity to absorb new members, while maintaining the momentum of European integration, is also an important consideration.

The EU reserves the right to decide when a candidate country has met these criteria and when the EU is ready to accept the new member.

For more details, see the following sections on the European Commission website:

According to Dr Kirsty Hughes, an independent Scotland could join the EU within 4-5 years from independence. Once Scotland has been accepted as a candidate, participated in negotiations and undertaken all the adjustments that would be demanded by the EU during that process, it is expected that all 27 EU member states would ratify the EU treaty.

In the face of a legally and constitutionally valid independence process, an independent Scotland (with 47 years experience as part of the EU, within the UK) would be highly likely to succeed in joining.

Find out more: An Independent Scotland in the EU: Issues for Accession
Edited by Kirsty Hughes, 17 March 2020

Pathway to Joining the EU

The information below was taken from The EU Blueprint Pathway for Scotland’s Accession to the European Union under Independence, by ANTHONY SALAMONE, PhD, European Merchants, Edinburgh. 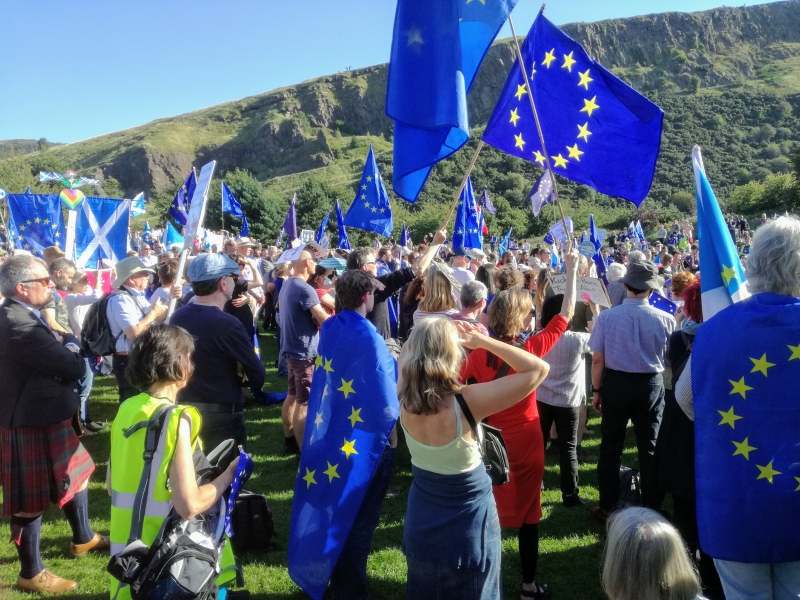 An independent Scottish state should be built with EU membership in mind. This means that the Scottish government should sign up to the European Human Rights Convention and create political institutions that reflect the shared values and interests of the EU 27.  It should also establish an EU Integration Unit to serve as the central coordinating command for all internal government preparations for EU membership.

Scotland should not apply to join the European Free Trade Association as a temporary measure. Instead, the EU and Scotland should clearly define its Strategic Priorities for EU Accession and negotiate an Association Agreement during the pre-accession period.

Scotland is a European nation. It has an advanced democracy with a developed free-market economy, underpinned by respect for the rule of law and human rights.  Scotland will be in an extremely strong position to satisfy the political and economic dimensions of the Copenhagen Criteria, and in a strong position to satisfy the institutional dimension. Scotland’s accession would not pose a challenge to the EU’s integration capacity. After it is granted candidate country status, Scotland will follow the procedure of accession devised by the EU. The length of the accession process is not predefined, but wont be less than 4 years.

Scotland is uniquely qualified for an ambitious association agreement. Scotland should seek a

high degree of integration into the EU internal market, incorporating the four freedoms, for goods, services, capital and people. It should pursue the degree of relationship with the EU customs union which is assessed to be in the best interests of Scotland and the Union at the time.

As a full member of the EU, Scotland will elect up to 14 MEPs who will sit in the European Parliament and have full representation in the EU Commission.

What is the European media saying about Scottish independence?